Why Should I Visit?

Few of the world’s small nations can offer the visitor as much as Georgia. Once experienced, this country will stay with you forever. Inexpressibly exotic, views of arresting pared back beauty, a deliciously prolific wine culture, sublime music and an astonishing range of architecture from stone watchtowers and richly frescoed churches to charmingly carved wooden balconies and the grandeur of Art Nouveau.

Georgia is where East meets West and ancient myth meets modern life. It bumps against Russia in the Caucasus Mountains where it boasts some of Europe's highest peaks. Its elegant capital is reminiscent of Paris. It enjoys beach resorts and a Mediterranean climate on the Black Sea. And inland, green plains and valleys produce everything from apples and avocados to walnuts and wine.

Visit a land of myth and legend. In Greek mythology, the Argonauts were a band of heroes who accompanied Jason to the Kingdom of Colchis, now western Georgia, in his quest to find the Golden Fleece.

Homeland of the First European

This 1.7-million-year-old skull found during Dmanisi archaeological excavations is the oldest evidence of human habitation in Europe. 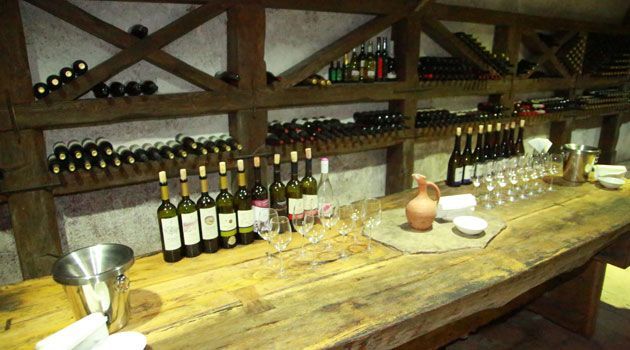 Wine-growing has a very long tradition in Georgia. It’s impossible to imagine daily life without it. With over 500 original grape varieties and a strong culture of growing, it's no surprise that Georgian wine will match any in the world. 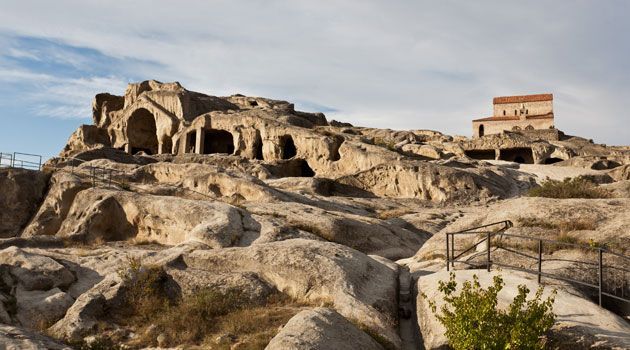 Georgia offers a smorgasbord of architecture and some its most unique examples can be found carved directly into the rock. Visit the ancient town of Uplistsikhe on the historic Silk Road, carved into sandstone hills or the large complex of richly frescoed cave monasteries at David-Gareji. 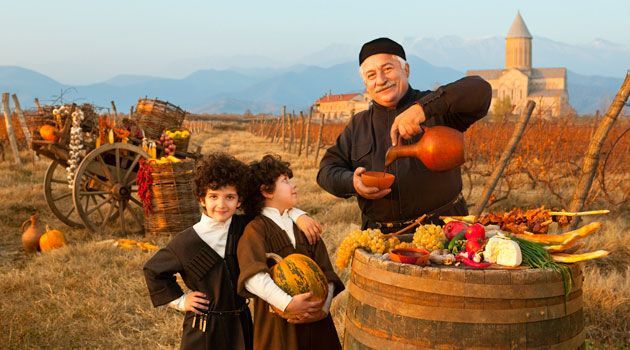 With an abundance of superb food and wine, Georgia has developed a strong tradition of good cheer - including a saying that the guest is the gift from God. Essential to the table ceremony is the Tamada or toast-master, guiding the mood of the meal by introducing eloquent toasts at key moments. 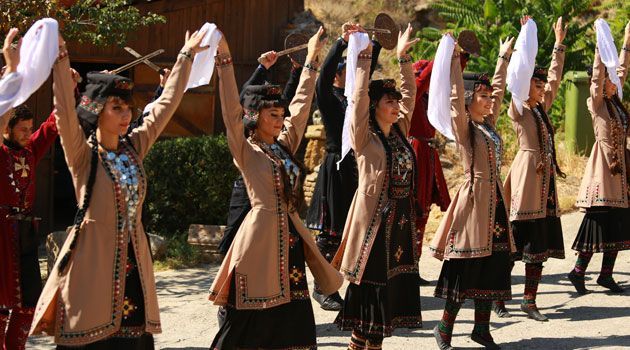 Georgia has seen its fair share of grim historical times but the people keep weaving it back together, carrying their culture proudly and resolutely through the centuries including the potent vitality of Georgian folklore and dance. 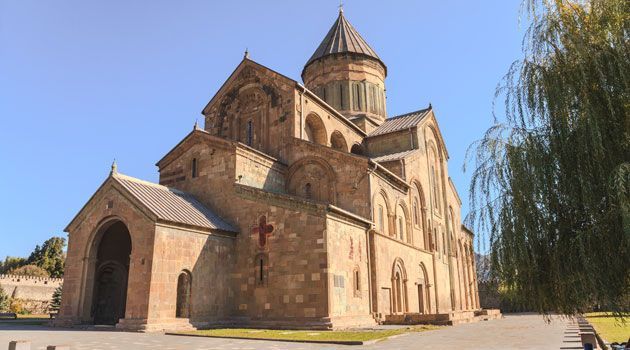 Visit Georgia's most significant heritage sites, recognised by UNESCO for their importance to the world - the Mtskheta Svetitskhoveli Cathedral and Jvari Church, the Kutaisi Gelati Monastery and Bagrati Cathedral, and the medieval-type villages and tower-houses of the Upper Svaneti region. 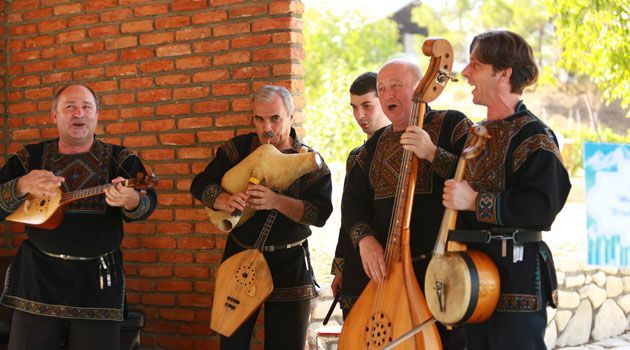 When you hear this monumental wall of layered sound, their voices blend with such purity that the hairs on the back of your neck will stand up.