Georgia has a long and proud history of film and theatre, from ancient folklore and theatrical rituals to Bronze Age engravings of religious mystery plays.

Travellers can still visit an early Georgian theatre at the fascinating and once flourishing cave city of Uplistsikhe. The city features a cave known as the Theatre with its own stage, orchestra pit and audience hall. It's thought to have been a temple from the 1st or 2nd century AD where religious mystery plays were performed.

The oldest national form of Georgian theatre was "Sakhioba". Dating from the middle ages, it was performed at royal palaces by masked actors to the accompaniment of music.

The Georgian National Theatre was founded in Tbilisi in the 1790s. Professional Georgian theatre was established in 1850, followed by the acclaimed Rustaveli National Theatre in 1921. The largest theatre in Georgia, it is located in Tbilisi in an ornate Rococo-style building and carries the name of Georgia's national poet. International tours saw it achieving worldwide recognition. The successful Kote Marjanishvili State Drama Theatre was founded in 1928 and also played a crucial role in the development of modern Georgian theatrical life. The imaginative Shakespeare productions of the Soviet era made a huge impact at Edinburgh in the 1980s. 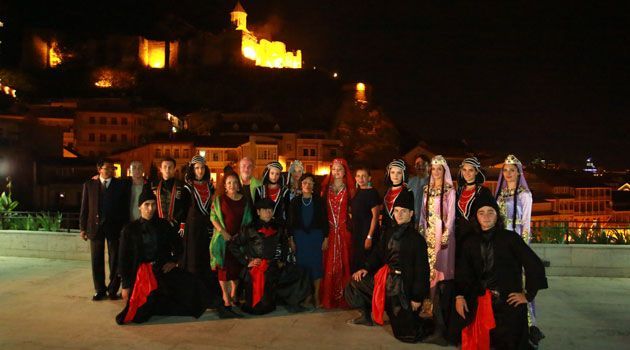 The nation has a rich cinematic legacy as well and can be traced back to the first projection of a film on 16 November 1896, predating the first screenings in many Western European countries. Georgian cinematography thrived with innovative directors, such as Mikheil Kalatozov, whose masterpiece, The Cranes Are Flying, became the first Soviet Palme d’Or prize winner at the Cannes Film Festival in 1958. Several Georgian filmmakers achieved international recognition in this period and Tbilisi’s film studio was known as one of the top three studios in the Soviet Union. 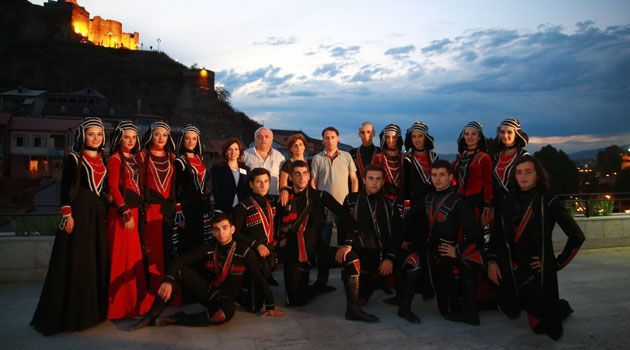 Nowadays there are circus, drama, music, pantomime, puppet, marionette and cinematic theatres in Georgia. Performers and directors regularly participate in international projects, festivals and forums and foreign performers also visit Georgia. The Tbilisi International Festival of Theatre, held in October each year, features international stars as well as the top national companies performing on the Rustaveli stage, attracting the attention of some of the most well-known, provocative and innovative theater productions in the world.