The opportunity to listen to the breath-taking harmonies sung by Georgian voices is a magical experience. Georgian polyphony has a haunting, resonant vocal quality and striking harmonic convergences unlike anything in European music.

Polyphonic music is deeply anchored in Georgian culture. Recognised by UNESCO as part of the world's treasured living heritage, the distinctive sounds are still heard today down cobbled city streets, across vineyards and around dining tables.

Every region of Georgia has its own specific musical dialect and style of performance but they all share the same intonation and harmonic characteristics.

After Christianity was proclaimed in Georgia, a new genre of church polyphony developed which achieved great heights with the founding of music schools, particularly at the monasteries of Gelati and Ikalto. Georgian historians and musicologists believe that the Georgian language and polyphonic singing tradition must have been in use in the church as early as the 7th or 8th centuries and was well established in Georgian liturgy by the 10-11th centuries. 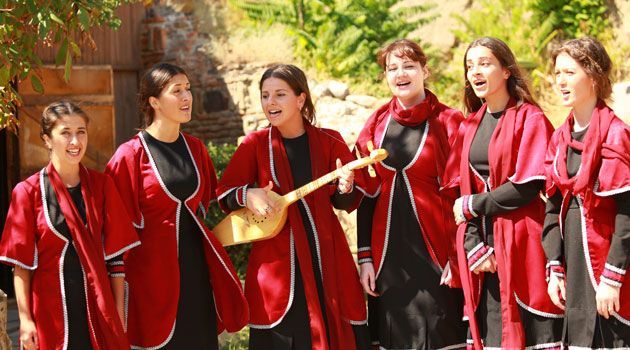 As well as the older rural traditional polyphony and religious polyphony, there are more recent traditions of urban music and urban polyphony. Being on the crossroads between Asia and Europe, Tbilisi attracted an array of talented musicians with a variety of backgrounds but predominantly of Middle Eastern ethnic origin. As a result, eastern melodies began to appear in Georgian cities.

Another urban singing style appeared much later, influenced by the opening of the Opera House in Tbilisi. Georgians became very enthusiastic about this new music and many popular arias from Italian operas were adopted and rearranged in three-part urban a cappella style with Georgian lyrics. Later, the 1920s-30s in Georgia were marked by the development of chamber and symphony music. 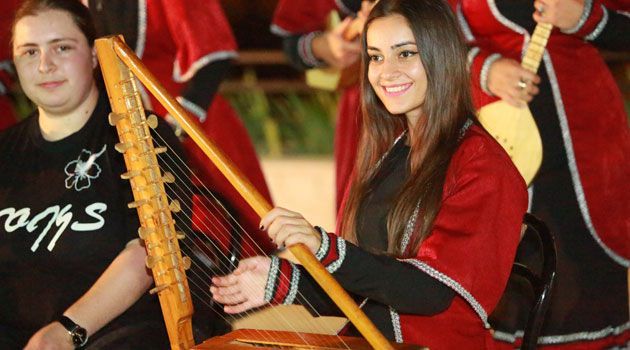 Popular music has become well-liked in the last few decades in Georgia, but the traditional folk vocal music of the country continues to be extremely popular.

Tbilisoba is an annual October festival celebrating the diversity and history of Georgia's capital and featuring open-air concerts of traditional music and dancing as well as various cultural events.

For jazz enthusiasts, the Black Sea International Jazz Festival held in the port city of Batumi in July, is an annual highlight and attracts top musicians from around the world.