Georgia is an ancient place, long braised and glazed in many layers of dark and sticky history, with much still written across its landscape for visitors to see.

Georgia was one of the first countries in the world to officially adopt Christianity in AD 337 and one of the most striking things you will notice as you travel through, is the number of beautiful old churches, monasteries and cathedrals that stud the hillsides.

But its history stretches much further back than that. Evidence for the earliest occupation of present day Georgia can be traced back about 1.8 million years with the skull of an ancient human ancestor unearthed near the capital, Tbilisi.

Georgian history also stretches back beyond time to the stories of Greek mythology when the Caucasus were said to be one of the pillars holding up the world. In the Bronze Age, Georgia was home to the kingdom of the Colchis, according to Greek mythology, a fabulously wealthy land where Jason and the Argonauts went in search of the Golden Fleece. The present day region of Kolkheti on the Black Sea is the successor to the legendary kingdom.

After the Roman Empire completed its conquest of the Caucasus region in 66 BC, the kingdom was a Roman client state and ally for nearly 400 years. 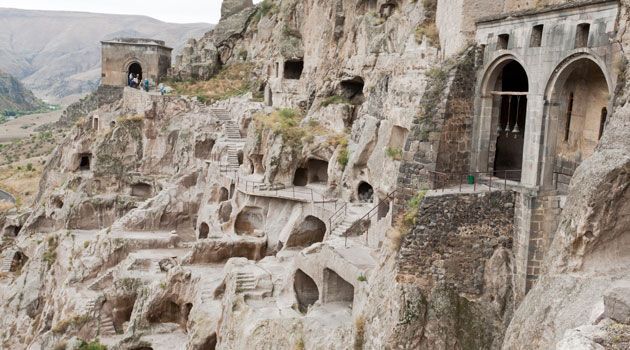 The 12th to early 13th centuries is a period that has been widely termed as Georgia's Golden Age or Georgian. Renaissance. Centers of education, including the celebrated Gelati and Ikalto monasteries, were formed - academies that taught philosophy, astronomy, mathematics, rhetoric, and music. 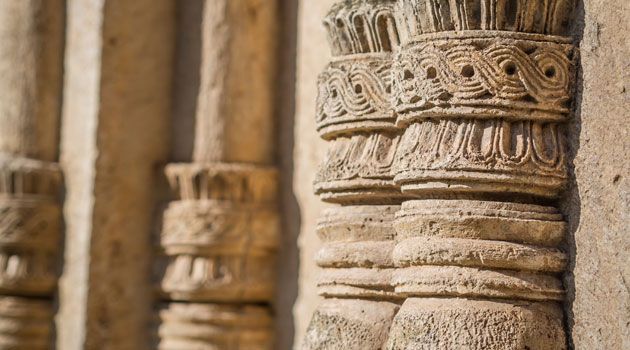 Georgia has been invaded many times, by Greeks, Romans, Persians and others over the years, its boundaries and capitals changing as successive Kings and invaders held sway.
Today, Georgia is increasingly becoming a destination for climbers, walkers, skiers, and food and culture hounds looking for adventure somewhere off the well-worn tourist trails.